skip to main | skip to sidebar

The Lord Of Squalor Harbor 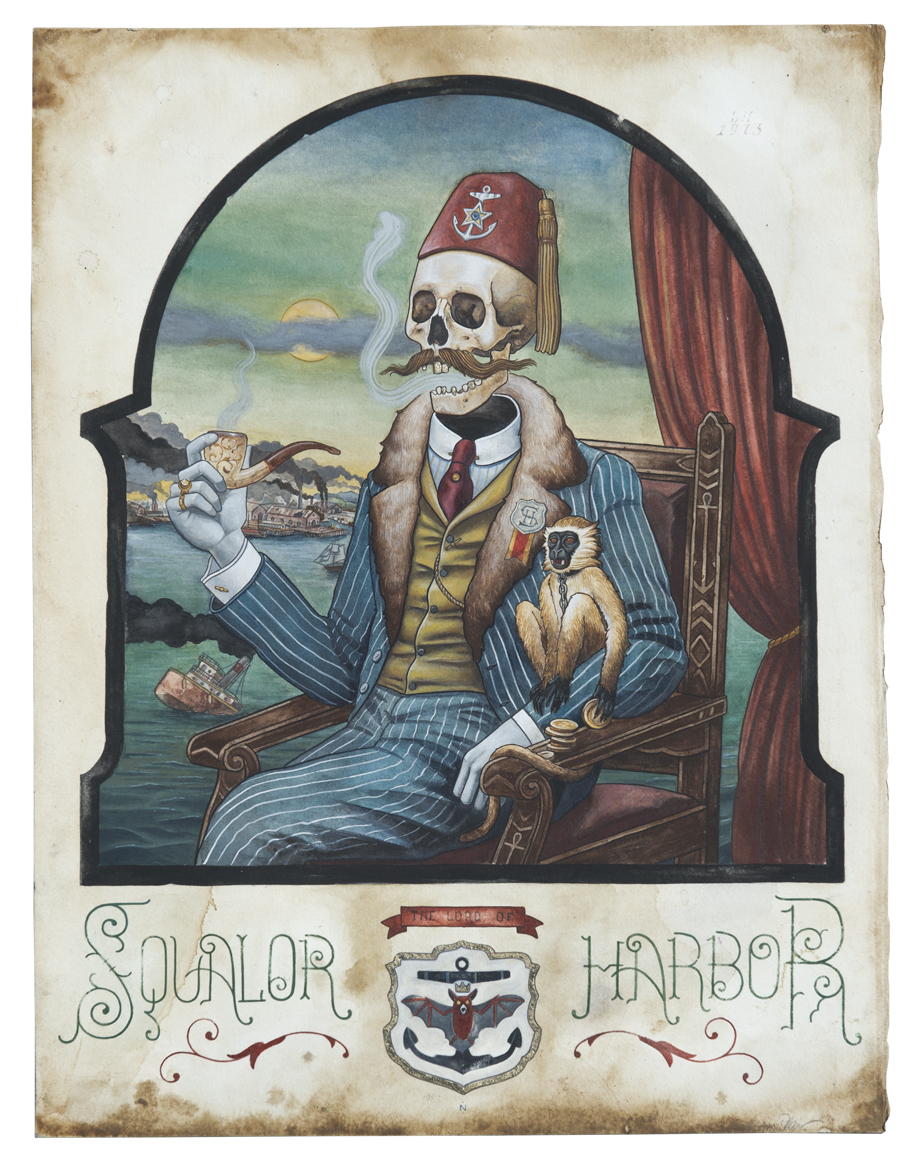 There is a legend of a man told by the residents of the modest fishing village now called "Squalor Harbor."  The legend says the man brought sin and industry to the village and ruled from an elegant, sea beaten mansion on an island near the mouth of the harbor. Very little is known about this man but he is always referred to as "The Lord of Squalor Harbor" with a tone of distaste in the mouths who dare speak it. He had a small personal navy at his disposal which he used to protect his island and force the villagers to bend to his every whim.

Many say he could be seen swimming nude in the waves, encouraging fist fights with the native indians, having secret meetings in the town's fraternal lodge and ending the evening by taking the finest concubines back to his island with him, many were never seen again. He kept many variety of wild animals, which he had imported, or captured himself and brought back on his own private ship. He was also said to take quite a liking to laudanum and all varieties of alcohol.

Whether or not the stories are true it is best to be wary of "The Lord of Squalor Harbor".

I live in, create in, and explore the Pacific Northwest.

For a list of available work please email me.